Papasan’s Vietnamese Cuisine is St. Cloud’s first authentic Vietnamese restaurant and the second location for the company (the first location is in Cocoa). Located at Narcoosee and Rummell Roads, the restaurant features culturally diverse Vietnamese cuisine with an Asian-inspired twist on popular items like fried dumpling and vegan Pho.

Customers can start their food journey with an appetizer, including the Roll Sampler, which comes with a spring roll, a shrimp roll with cream cheese and an egg roll accompanied by their famous peanut sauce. 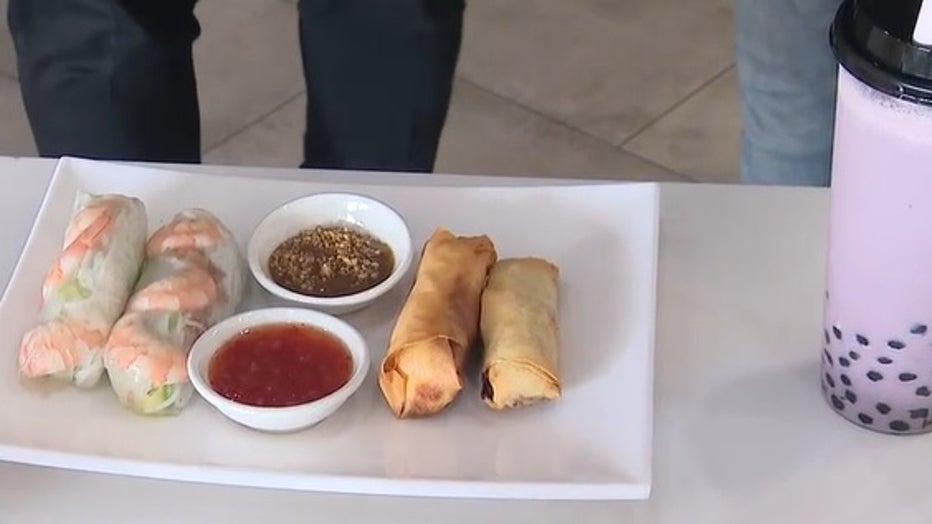 A couple of Papasan’s favorites are the Caramelized Shrimp entree served with steamed rice and the BBQ Short Ribs (Tran’s favorite!) with fried eggs and side salad with freshly made fish sauce. But the one item Alphonse says everyone comes in for is the famous Chicken Curry with steamed rice.

The restaurant also features other traditional Vietnamese dishes including Banh Mi, Bun Bowls, and a variety of Stir-Fry’s.

Of course, what better way to finish a delicious meal than with a Boba Tea made in house.

Alphonse and Tran say their business is booming, so come hungry and be prepared for a whirlwind of flavors!

Papasan’s Vietnamese Cuisine is open every day except Tuesday’s from 11 a.m. – 7 p.m. You can find the menu HERE.