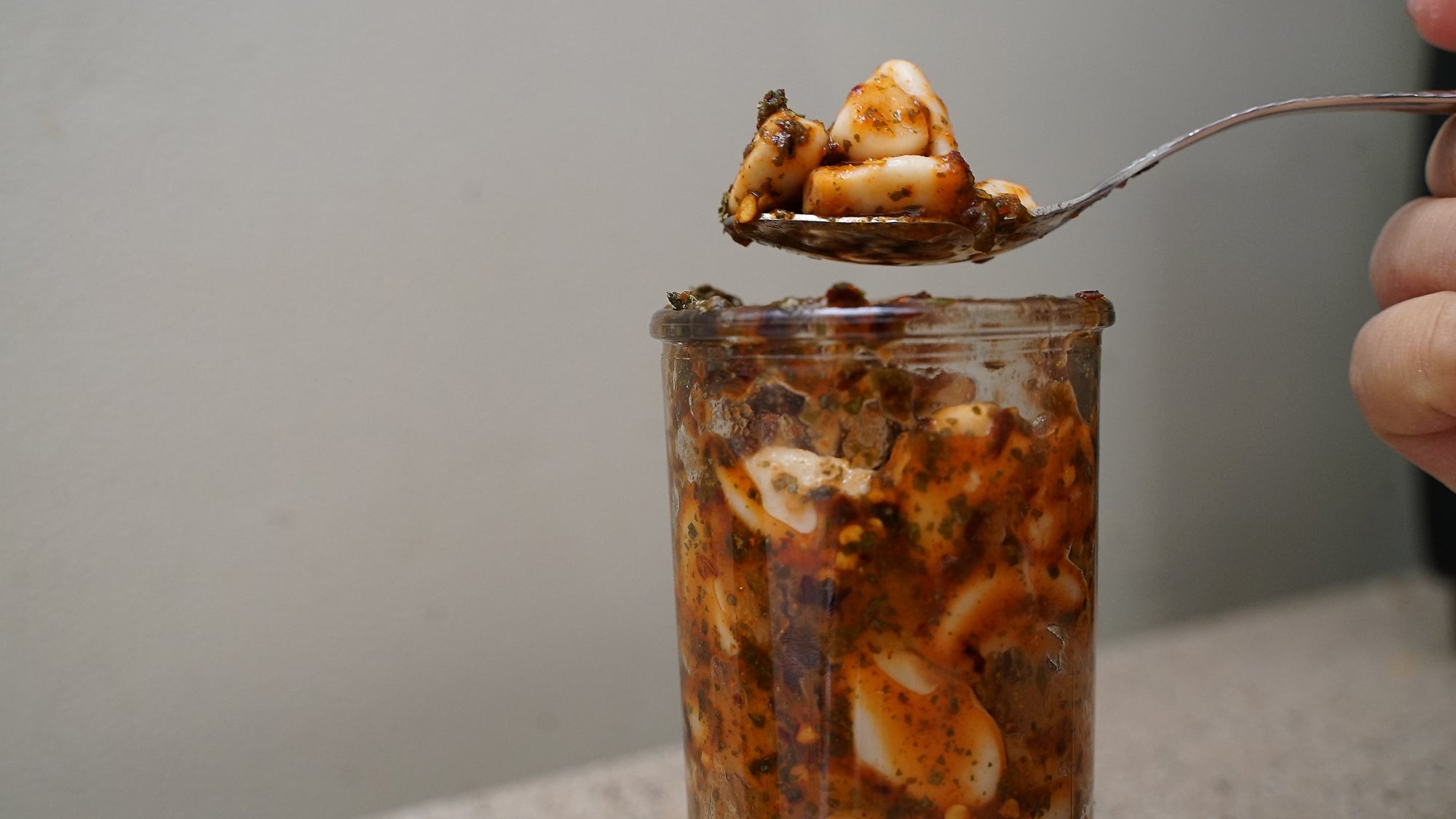 Cloves of garlic hardly seem like a delicious snack, but when they’re pickled, for some reason they’re irresistible — at least according to just about everyone on TikTok right now. After TikTok user @LalaLeluu shared a 45-second snippet of her eating garlic by the spoonful while sharing her easy recipe, the trend has pretty much blown up on the app, with TikTokers creating their own versions and even having it for breakfast.

According to Lala’s recipe, all you need to do is drain a jar of pickled garlic — the kind preserved in vinegar, not oil — and add sriracha, Korean chili flakes, and thyme before shaking up the jar and grabbing a spoon. “I’m going to have a tummy ache tomorrow, but it’s so good!” Lala said between mouthfuls of garlic.

So, is this recipe really worth the tummy ache? I initially wondered along with the rest of the comments section, but after trying it out myself, I can confirm that Lala was clearly onto something, because this really is that tasty (and not weird at all, if you’ve ever eaten olives by the jar too).

In a follow-up TikTok, Lala explained that since the garlic is pickled instead of raw, it’s not as harsh of a flavor as you might imagine, and if you like kimchi, which is the inspiration behind this snack, you’re going to want to try this. Follow the recipe below and see for yourself, as your tastebuds might surprise you — just don’t forget to brush your teeth afterwards! 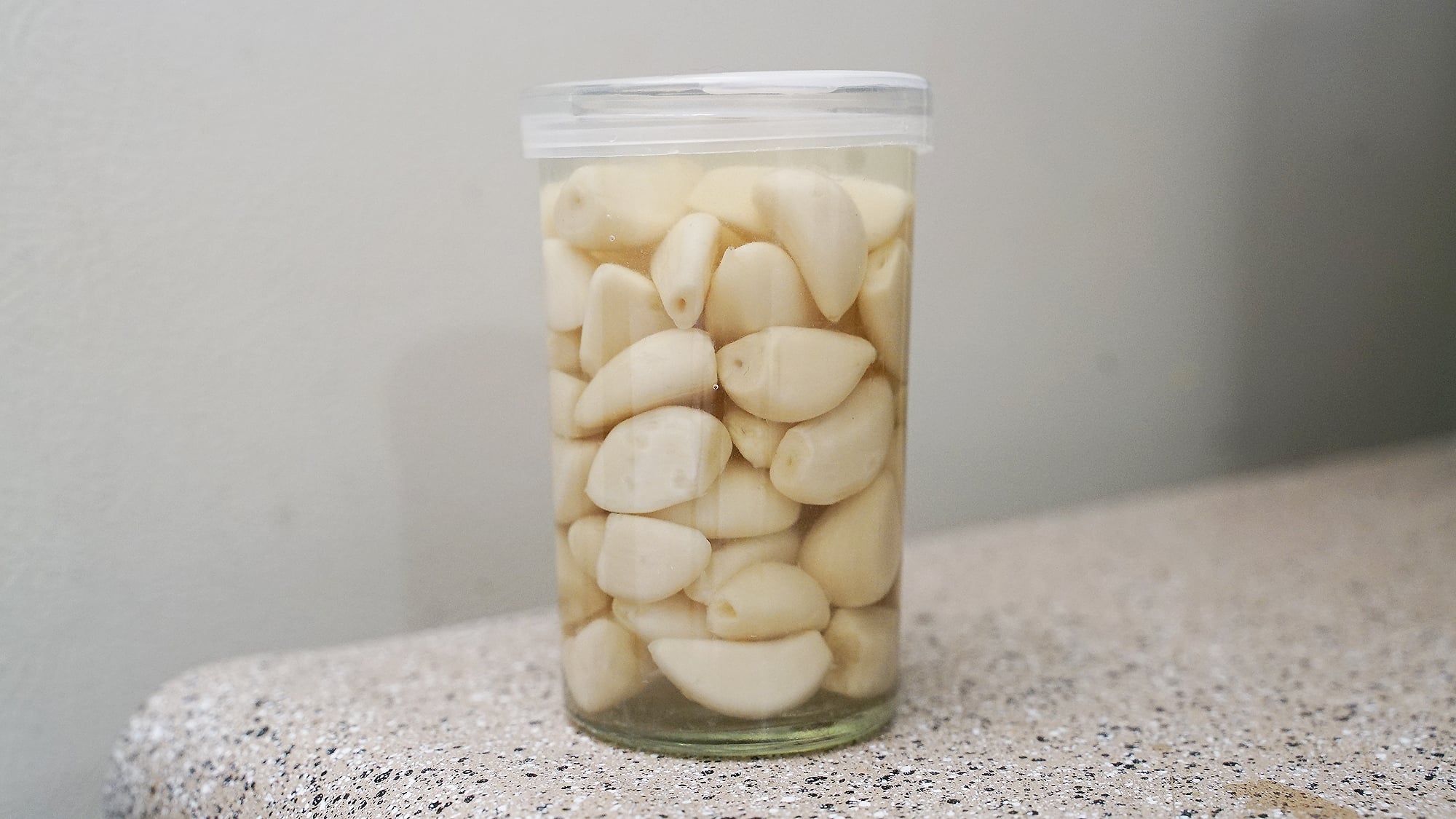 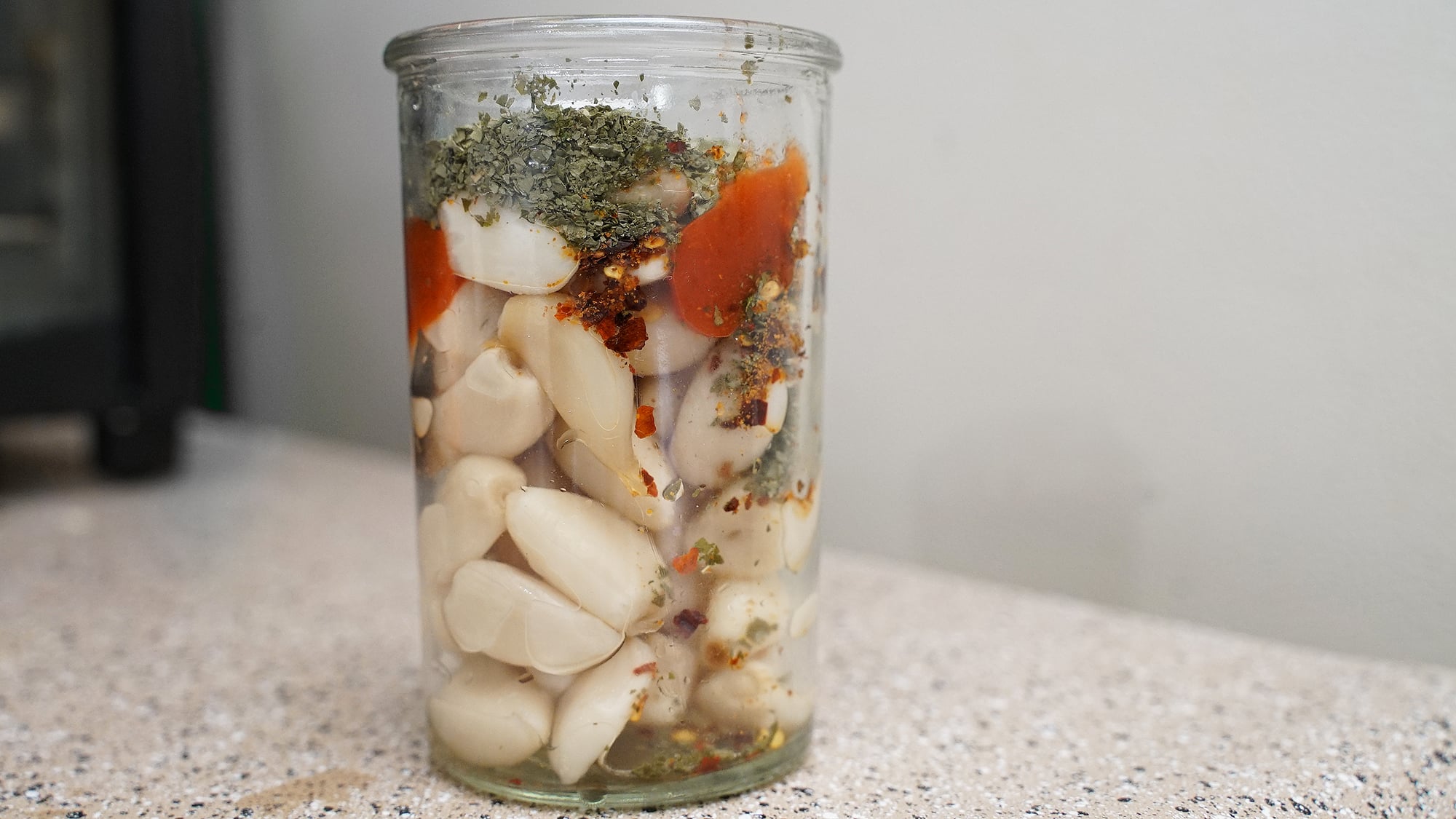 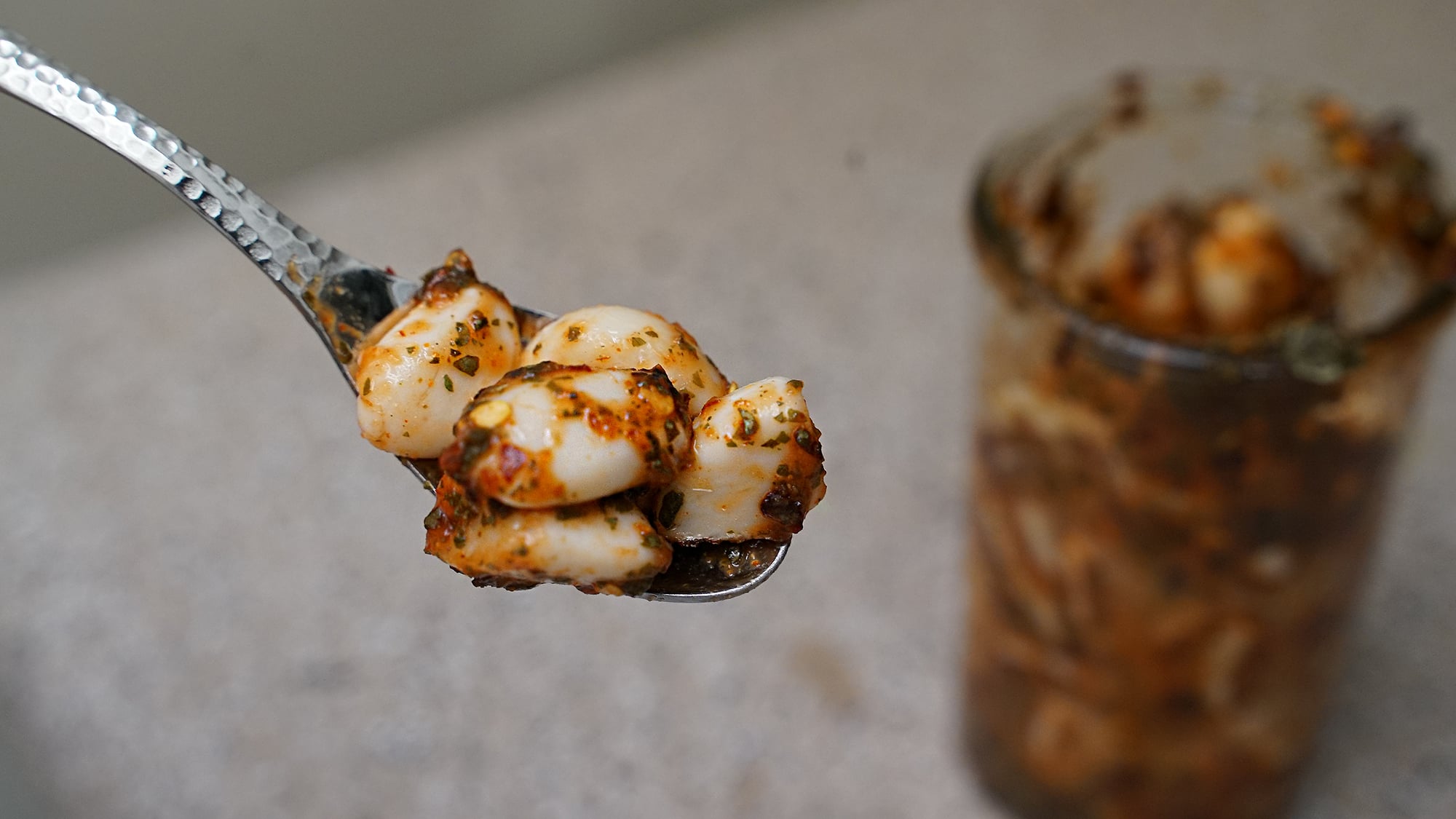 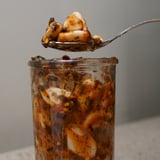